From Business Stress to Transforming Lives 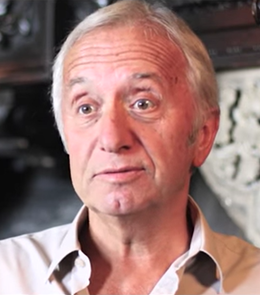 See all posts by this author

My name is Colin. In 1970 I set up my first retail business whilst still working for a major UK manufacturer.

Within a year, the demands of the two careers left me suffering anxiety and depression. A year later I quit the manufacturers’ job to have more time to concentrate on building my retail business which grew steadily to 6 outlets.

At the end of 1981 my doctor told me “You’ve been on these tranquilisers and antidepressants more than 10 years. We’ve tried 3 times to get you off them but failed. You’re addicted to them and will probably be on them for the rest of your life”.

A few weeks later I recalled a conversation with an acquaintance. She told me that several of her work colleagues, also suffering from stress had taken up Transcendental Meditation (‘TM’) and were experiencing all sorts of ‘amazing’ benefits.

Consequently, I learnt ‘TM’ in February 1982. “Well before the end of that year I suddenly realised that I had not smoked for six weeks, drunk any alcohol (which I was heavily attached to) nor taken any of the doctor’s tablets for the same period.

“But I felt normal, well, what passed for normal for me at that time, without those three ‘crutches’ that I had thought were a fixture in my life. I had made no conscious effort at all to get off them and have never returned to them”.

During that time, I had what turned out to be my last proper headache. In the following year migraines ceased and I stopped biting my nails, all three previously significant problems.

By 1984 I noticed that the meditation had given me the freedom and confidence to fulfil my long-held desire and sell my successful business without anxiety to a major UK company. This enabled me to sign up for some advanced TM retreats and courses followed by a 2-year full time Teacher Training Course with Maharishi Mahesh Yogi’s organisation which opened my eyes to the to this simple meditation as Yoga’s key to solve humanity’s problems. I qualified as a TM teacher in 1989 and worked for the organisation in the UK for the next 10 years,gaining furthervaluable experience.

When prices to the public significantly increased, I made the decision to resign and set up the Meditation Trust as a Charity. This enabled me to ‘give back’ by passing on my valuable learning at an affordable price. From 1999 I led the Meditation Trust, taking over the lead in the last few years to my daughter Gemma (a former Clinical Psychologist with the NHS and now also a qualified TM teacher).

I’ve been fortunate to have  the pleasure of teaching over 10.000 people, a large percentage being in businesses, both large corporates and SME’s, and at all levels in these organisations.  Many have recognised the considerable benefits for their employees of a meditation shown to be the answer to the fight or flight response, and supported by ‘evidence based’ medical and scientific research.’ https://www.meditationtrust.com/transcendental-meditation-benefits/. The corporate benefits are considerable and include, reduced absenteeism, improved relationships, both at work and home, a healthier/happier workforce and improved teamwork, increased productivity and profits.

This website uses cookies to improve your experience while you navigate through the website. Out of these, the cookies that are categorized as necessary are stored on your browser as they are essential for the working of basic functionalities of the website. We also use third-party cookies that help us analyze and understand how you use this website. These cookies will be stored in your browser only with your consent. You also have the option to opt-out of these cookies. But opting out of some of these cookies may affect your browsing experience.
Necessary Always Enabled
Necessary cookies are absolutely essential for the website to function properly. These cookies ensure basic functionalities and security features of the website, anonymously.
Functional
Functional cookies help to perform certain functionalities like sharing the content of the website on social media platforms, collect feedbacks, and other third-party features.
Performance
Performance cookies are used to understand and analyze the key performance indexes of the website which helps in delivering a better user experience for the visitors.
Analytics
Analytical cookies are used to understand how visitors interact with the website. These cookies help provide information on metrics the number of visitors, bounce rate, traffic source, etc.
Advertisement
Advertisement cookies are used to provide visitors with relevant ads and marketing campaigns. These cookies track visitors across websites and collect information to provide customized ads.
Others
Other uncategorized cookies are those that are being analyzed and have not been classified into a category as yet.
SAVE & ACCEPT