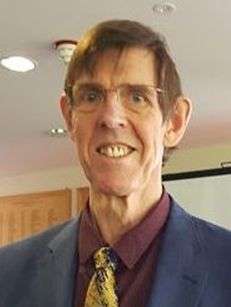 See all posts by this author

I never thought what I ate was unhealthy, but then I didn’t really think about it. I have always exercised and over the years my BMI stayed around 25 to 26, slightly overweight. I did not feel well though, especially into my 60s – headaches, fatigue, daily energy slumps, heartburn, skin rash, sore joints, poor memory and brain fog etc.

Tests did not reveal anything untoward, so I researched if what I ate was a factor. After a few years of trying different approaches, I removed most carbs and processed food from my diet, ignoring public health advice. On 1 November 2017 I went from eating about 330 grams of carbs a day to a tenth of that. Today I still eat real food low in carbs, avoiding sugar, grains, processed food and processed seed oils.

What happened was unexpected. I began to feel better than I had done so for decades. Headaches, fatigue and most other problems disappeared – no afternoon naps were needed.  Even my mood was much better. I became calmer, and could concentrate for longer. Winter colds became fewer, shorter, less severe, and summer hay fever never happened again. Now in autumn 2020, approaching my seventieth birthday, my health continues to be good, perhaps still improving. I enjoy this way of eating and see no reason to change back to the old ways that were obviously causing me harm.

Back then at the beginning of November 2017 my weight was 95 kg and 3 months later I had lost 12 kg, and for the next two and half years up to June 2020 my weight remained constant. So what happened after June? Let me explain.

For the last eight years I have exercised mainly on an indoor rowing machine, which is hard work, but rewarding. The rower tells me very precisely how well I am performing. At my age it is hard to slow the inevitable consequences of getting older, not that I am giving up that easily.

I noticed that when my weight increased slightly, I did a bit better on my rower. So I thought I would try an experiment to gain weight, but without increasing carbs or fat intake, but only increasing protein. In June I started to eat more meat, and also supplementing with some plain whey protein and bovine collagen both with no additives or sweeteners. The result has been that I gained almost 4 kg over 4 months without any increase in waist size, meaning that it is likely to be a gain in muscle and not fat. To my delight, my rowing scores are now at the same level they were almost 4 years ago and still improving again.

For me adding more protein to my diet has been a success, and there have been no downsides. I did look at the science and also the myths surrounding a higher protein diet.  It was the science that convinced me that it wasn’t just safe but was likely to be beneficial.

This website uses cookies to improve your experience while you navigate through the website. Out of these, the cookies that are categorized as necessary are stored on your browser as they are essential for the working of basic functionalities of the website. We also use third-party cookies that help us analyze and understand how you use this website. These cookies will be stored in your browser only with your consent. You also have the option to opt-out of these cookies. But opting out of some of these cookies may affect your browsing experience.
Necessary Always Enabled
Necessary cookies are absolutely essential for the website to function properly. These cookies ensure basic functionalities and security features of the website, anonymously.
Functional
Functional cookies help to perform certain functionalities like sharing the content of the website on social media platforms, collect feedbacks, and other third-party features.
Performance
Performance cookies are used to understand and analyze the key performance indexes of the website which helps in delivering a better user experience for the visitors.
Analytics
Analytical cookies are used to understand how visitors interact with the website. These cookies help provide information on metrics the number of visitors, bounce rate, traffic source, etc.
Advertisement
Advertisement cookies are used to provide visitors with relevant ads and marketing campaigns. These cookies track visitors across websites and collect information to provide customized ads.
Others
Other uncategorized cookies are those that are being analyzed and have not been classified into a category as yet.
SAVE & ACCEPT